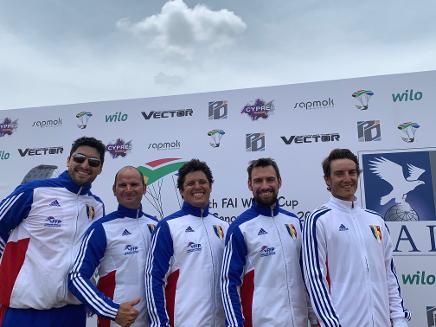 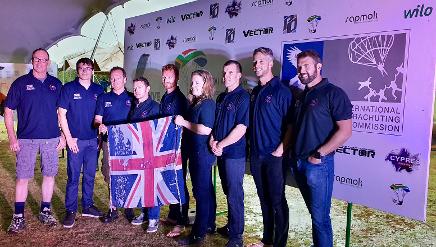 This picture of the Great Britain Canopy Piloting team is of special significance. The flag they are holding has travelled the world. It was given to Sean "Sooty" Sutcliffe  by Anne Fowler. Her husband, Jack Fowler, who has passed away, had carried the flag on his many missions with the British Army including to the Falklands. She wanted the tradition carried on and gave the flag to Sooty, who is in the same regiment that Jack had been in. He has since carried the flag to many "hot" places around the world including Afghanistan and the Middle East. Here it is in Pretoria, South Africa and our thoughts go to Jack and to Anne, hoping she is reading these words.